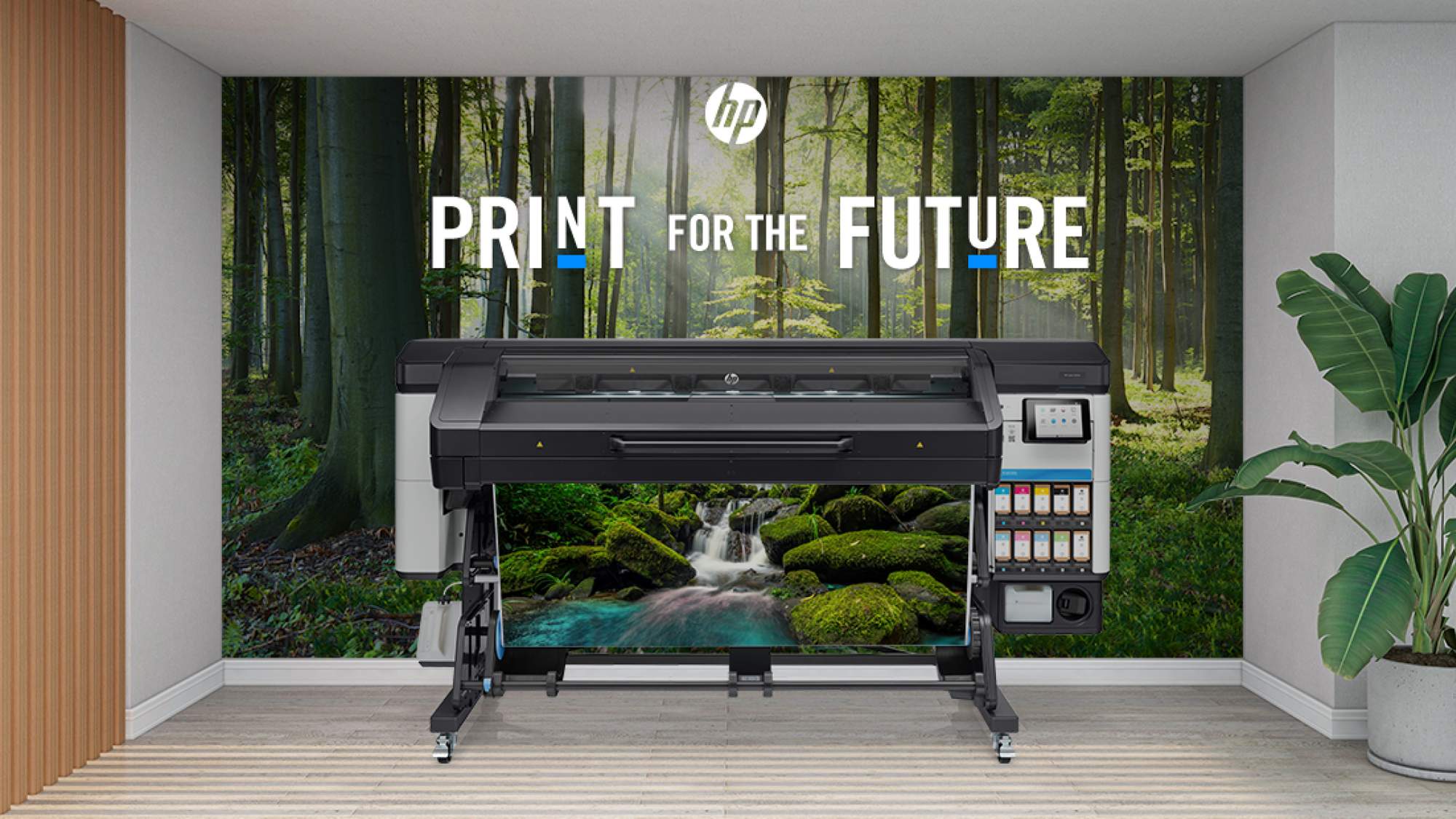 Did you know that the latest generation of water-based HP Latex inks don’t require any hazard warning labels nor do they contain any Hazardous Air Pollutants (HAPs) [1]?

Not does this address some health concerns associated with other technologies, it has also enabled HP water-based inks to qualify for certifications such as the UL ECOLOGO. A voluntary, multi-attribute, life cycle-based environmental certification that indicates a product has undergone rigorous scientific testing and exhaustive auditing to prove its compliance with stringent, third-party environmental standards. In addition, the ECOLOGO Certification program has been recognized recently by Amazon’s Climate Pledge Friendly Program, which highlight products that meet sustainability standards and help preserve the natural world.

In contrast, the majority of competitor products cannot achieve this level of third-party verification as many of them are made mostly of solvents or reactive monomers which require hazard warning labels.

HP water-based latex inks even meet several toy safety directives for use with toys, indicating the inks do not contain problematic colorants, heavy metals, phthalates, or amines 2. Even if you don’t work in the toy sector right now, having an HP latex printer means you can start any time you like, without extra capital investment in new, compliant print equipment and consumables.

In fact, many print and marketing professionals often assume that large-format printing, and HP Latex printers, have higher environmental impact than they actually do. HP Latex printing technology is designed by HP to meet worldwide regulatory requirements and to address a broad range of health and environmental considerations throughout the entire life cycle of a print from production to disposal.

Another piece of misinformation that we often encounter, is that HP Latex Inks are not water-based, but solvent. This is false. The latest HP Latex inks are around 65% water. By comparison, the so-called eco-solvent ink, used in competitor products, is actually up to 80% solvent based, 0% of it is water. In fact, the main solvent in this ink is usually considered a hazardous air pollutant (HAP), which is emitted into the air while printing. As stated earlier, HP Latex Ink, by contrast, is mostly water and does not emit HAPs 1.

Another misperception you often come across, is that eco-solvent inks don’t contain any volatile organic compounds (VOCs). Eco-solvent inks are solvent based made up almost entirely of organic solvents which are highly volatile, releasing gases into the air during printing and sometime after while the prints fully dry (called outgassing). The eco-solvent inks have significantly higher levels of VOCs than water-based inks.

HP Latex Inks also allow print service providers to produce odorless3 prints for indoor display, even in sensitive environments such as hospitals and schools4. Compare this to UV prints which are well characterized with strong and unpleasant odour3.

Perhaps the most eye-catchingly misleading claim HP has seen, is that because general safety recommendations specify keeping a fire extinguisher in your print environment, this must mean that the water-based HP Latex technology is fire prone. Keeping a fire extinguisher handy is good advice for any environment in which you’re using electrical equipment or production machinery. Water-based HP Latex Ink is non-combustible and non-flammable. But again, this is in stark contrast to eco-solvent inks which are actually labelled as flammable or combustible in some countries, having their low flash point down to 70°C.

“We see a lot of misperceptions and misinformation about the sustainable impact of large-format printing in general and HP Latex in particular,” said [HP spokesperson]. “Since day 1, The last HP Latex generation was designed to avoid the hazards associated with other inks, and over the years we’ve built upon that foundation bringing in circularity aspects such as recycled content and supplies end of life management. And the newest systems are more sustainable than previous HP Latex series.

Download our free brochure and discover how to sharpen your sustainability edge.